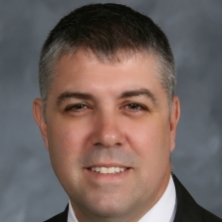 Jake Margolis is the CISO for the Metropolitan Water District of Southern California (MWD). As such, he is responsible to oversee the Water District’s cybersecurity program; which entails protecting enterprise systems and critical infrastructure. Prior to joining MWD, he was the CISO for the County of Orange, CA where in 2018; the County received the National Association of Counties (NaCo) award recognizing the County’s Cybersecurity program for Driving Innovation in an Evolving Environment.

Jake is a Certified Information Systems Security Professional (CISSP), earned a BS degree in Computer Applications and Networks and holds a Master’s Degree in Information Systems and Technology Management. He has also served as a Commissioned Officer in the United States Army Reserve and in his military capacity was deployed to New Orleans, LA, as part of the humanitarian relief efforts in the wake of Hurricane Katrina in 2005 and served two tours in Afghanistan, one as an embedded advisor to the Afghan National Security Forces in 2007and one in 2013 as a Chief Communications Officer for a multinational brigade  in charge of securing the draw down and turnover of the security stability operations for Urozgan Province to the Afghan Government.