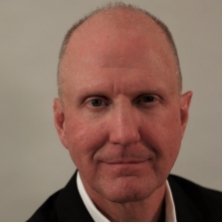 Mr. Romney has been a student and practitioner of IT security for over 20 years, working in both public and private sectors securing a variety of environments from retail to national defense. He was privileged to work as a Cyberwarfare Technician in the 101st Information Operation Flight, Utah National Guard from 2007 to 2013 supporting Air Combat Command and NORAD-USNorthCom, in multiple real-world actions as well as global exercises.

He maintains multiple engagements, having developed intellectual property for numerous companies, most recently for SK2 Technology in the data-at-rest encryption space. His work as the Senior Security Analyst for the $20 Billion US Air Force Ground Based Strategic Deterrent program with BAE Systems, along with his engagements with multiple software development firms has provided a unique perspective in the securing of software systems.

He is passionate about securing the cryptocurrency space, and strongly believes securing the periphery of the blockchain will be pivotal to the success of cyrpto-financial instruments as a whole. Vince regularly teaches both technical and non-technical audiences about the application of security principles to their environments.

He has held his CISSP since 2012 and writes a weekly commentary on the state of IT Security.