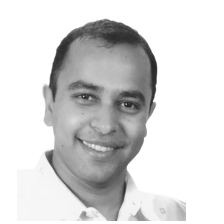 Shreyans Mehta is an innovator in network security and holds several patents in the field. Before co-founding Cequence Security, he was Architect and Technical Director at Symantec, where he led the development of one of the most advanced network security platforms and intrusion prevention technologies based on real-time packet inspection and cloud-based big data analytics. It’s responsible for detecting more than half of the billions of threats that Symantec identifies every year. At Symantec, Shreyans started the Safeweb initiative for marking malicious sites in search results and played a key role in making it a successful standalone product. In partnership with VMware, he developed one of the first agentless IPS engines that transparently protect virtual machines. Before that, he was a lead engineer at VPN Dynamics, a VPN/firewall startup. Shreyans has a Masters in Computer Science from the University of Southern California.