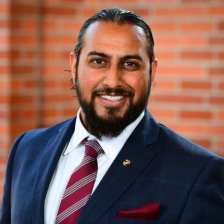 Altaf “Al” Bora is a former United States Marine with over 21 years of service as an Infantry Marine and Intelligence Officer.  Al has conducted several intelligence operations both domestically and overseas.  After transitioning off of active duty, Al held roles as an Operations Director at an insurance company, Data Center Security Manager for AWS, and Corporate Investigator for Lockheed Martin Space.  Al currently works as an Investigations Manager for a large social media company.

You can find Altaf Bora speaking on...

Presentation: Symbiosis – How to Build and Scale a Data Privacy Team

Panel: How to Stay Ahead of Insider Threats