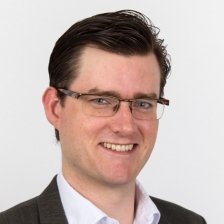 Yann van Ewijk is a selfmade man on the topic of technology. Since a young age he discovered the passion of cyber security after his own website was hacked.

In the years that followed he studied at Nyenrode Business University, and through the internet he learned a multitude of different technologies such as cryptocurrency, bitcoin and blockchain.

In his career at IBM he could combine his hacker-mindset with business in order for his clients to stay safe. In his current consultancy role, he is able to help a multitude of clients such as Shell, with their cyber security. Being passionately driven and helping clients achieve their goals is always a great pleasure for him.

At the moment he enjoys the role of Chairman of the Dutch Bitcoin Foundation. Together with his colleagues they organise the monthly educational conference Bitcoin Wednesday in Amsterdam. There are many projects that present there on topics such as the economy behind bitcoin, and the possibilities of blockchain technology.

The Dutch Bitcoin Foundation and Bitcoin Wednesday are already 7 years old, and it’s the largest and longest monthly running community led conference in the Netherlands. The conference had the pleasure to host projects like Bitcoin Core, Ethereum, Bancor, Lisk and more to come.