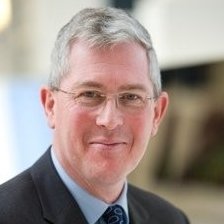 Paul co-founded the Jericho Forum and served on its board of management through its ten year existence. He is also the co-editor of the Cloud Security Alliance’s “Security Guidance for Critical Areas of Focus in Cloud Computing v3.0”

He’s been awarded both “Chief Security Officer of the Year” and “Best Security Implementation” at the SC Magazine Awards and is twice listed as one of Network World’s “most powerful people in networking”.

Paul sits on the global advisory board of a number of global companies, as well as the Executive Advisory Board of ISSA UK.

You can find Paul Simmonds speaking on...

Panel: Head Stuck in the Cloud? What You Need to Consider

Presentation: Move your Architecture to Zero Trust or Prepare to Get Breached