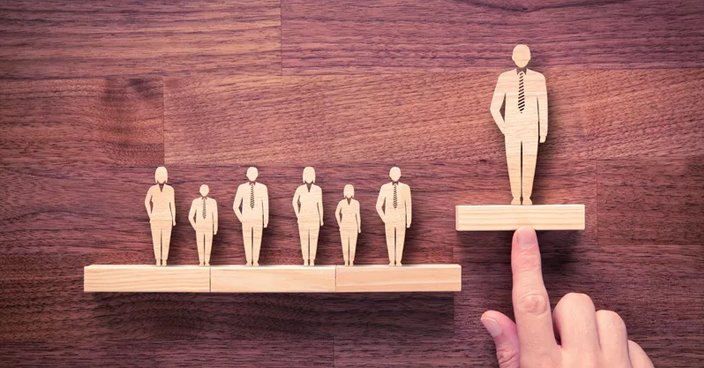 As Adam Grant, Peter Thiel, Malcolm Gladwell and others might observe, it isn’t easy being a pioneer. No matter the industry, exploring the unchartered waters of innovation takes time, dedication, and ability to learn from both mistakes and successes. When it comes to the Internet of Things (IoT), this notion could not be any truer.

From its inception, IoT challenged the technology, business and cultural paradigms, showing potential for reshaping the Internet as we know it. However, barriers ranging from fragmented markets and organizational structures (such as IT and Operational Technology (OT) teams reluctant to work together) to the absence of key technologies and standards (e.g, areas such as security or data structures) made it especially difficult to pioneer IoT.

Today, even though the enterprise IoT market still has a great deal of progress to make, we are finally heading in the right direction. Earlier this year, I participated in an IoT panel at the Deterministic Ethernet Forum in Austria, alongside representatives from many vertical and horizontal industries including IT and OT experts. Amazingly, despite our varied backgrounds and roles in IoT, we all sang from the same song sheet: IoT is about open, standards-based solutions developed by ecosystems of horizontal, vertical, and geographic specialists.

Ironically, fifteen or even five years ago, such notions were far from obvious. But thanks to the successes and failures of early pioneers, IoT is now ready for scaling and broad adoption. Let’s meet a few of these trailblazers.

At the beginning of this century, Rockwell Automation was one of the first industrial automation vendors to embrace open standards and the ecosystem approach to solution development. I still remember first time I met Sujeet Chand, Rockwell Automation CTO, when his team patiently explained to us the requirements, standards and specifications for manufacturing products. Even then Chand knew that building the partner ecosystem across domains was key to IoT success. “IoT is not a solution in a box. You can’t buy it off the shelf. No one company can implement IoT end to end; not us, not Cisco, no company,” he told me.

Even with Chand’s help, it took Cisco a few years to build our first IoT product for the manufacturing market – a ruggedized Ethernet switch. The learning curve was steep, and new requirements (like achieving industrial certifications) were demanding. The lesson we learned together was that all good things take time, but collaboration can help expedite the process. A decade ago, a partnership between a horizontal and a vertical specialist was a novelty. Now, when you visit Hannover Fair, an industrial automation industry gathering, you will come across all major technology and automation vendors showcasing their joint solutions.

Another notable IoT pioneer is Georg Kopetz, Managing Director of TTTech, a networking solutions provider. Early on, Kopetz and TTTech realized the economic and technical benefits of using Ethernet in IoT, starting with connecting subsystems within cars. But to meet IoT requirements, Ethernet standards had to become fully deterministic. We had to guarantee that when you pressed the brake pedal on a connected vehicle, the brakes would always receive the command in a timely (and safe) manner. To accomplish that, Kopetz created a broad coalition of customers and vendors to standardize Deterministic Ethernet. Now that Deterministic Ethernet is being adopted in connected vehicles, the industry is working on implementing it in other challenging environments including manufacturing motion and safety applications. Kopetz taught us the “power of n”: by combining two disparate domains, determinism and Ethernet, he created an exponential new capability.

Let me also pay homage to Whitney Rockley, principal at McRock Capital. Rockley was one of the first venture capitalists (VCs) to focus on IoT, drawing from her background and understanding of the industrial sector. Even as recently as five years ago, mainstream VCs were not yet interested in the fledgling enterprise IoT market. Rockley saw the opportunity, co-founded a VC firm focused on industrial IoT and applied its “patient” capital to support the first wave of industrial IoT startups.  The lesson here? Like so many entrepreneurs she supported, Rockley was not afraid to go against the grain.

Flavio Bonomi, CEO of Nebbiolio Technologies, is the fourth pioneer I’d like to recognize. Bonomi is best known for leading the team that charted the vision (and coined the term) “fog computing” to describe a distributed cloud environment optimized for real-time high bandwidth IoT applications. As Bonomi and his team began working on projects such as connected vehicles, smart grids and smart cities, they realized that centralized clouds were often not well suited to meet the demands of such new applications. Thus, fog computing was born, extending cloud architectures to the edge. Today, fog computing is quickly becoming a mainstream concept, as evidenced by the recent Fog World Congress, and even Dell’s pledge to invest $1 billion in this area. The lesson to be learned from Bonomi is that you don’t always have to reinvent the wheel. The “next big thing” may simply be a new twist on a previously successful concept.

Lastly, credit should go to Vernon Turner, Principal and Chief Strategist, Causeway Connections, former IDC Fellow and SVP of IoT, inspiring us with of the IoT opportunity. When IoT was just getting started, Turner embraced its potential and boldly drove the IoT vision that inspired countless people and organizations to focus on IoT as a foundation for digital transformation. His thought leadership in IoT has taught us to spot trends early on – and to call them out without hesitation.

To be fair, it would take dozens of articles to recognize all the IoT pioneers, so please do not take offense if I did not mention you. In the spirit of the holidays, I am thankful to these five and many more pioneers for paving the way of the next phase of Internet. More importantly, we should all be thankful for the timeless lessons these pioneers have taught us – from the importance of co-innovation to the rewards of taking risks – that will set us up for the next exciting decade of IoT.

Who do you think are IoT pioneers?

Join lively discussions in the new Building the Internet of Things community for IoT insiders. For more IoT insights from industry thought and business leaders, sign up for my newsletter.

Maciej Kranz will be speaking at the IoT Tech Expo Global in London Olympia on the 18-19 April 2018. Kranz will hold the afternoon keynote within the Connected Industry conference track on the 18 April at 3:20pm. His session ‘Accelerating the Transformational Value of IoT‘ will explain how industry can leapfrog from incremental to transformational business value through the convergence of today’s newest IoT technologies. When combined with Artificial Intelligence and Machine Learning, Fog Computing (distributed cloud), Blockchain, and Analytics, IoT can deliver new value propositions, revenue streams, and business models. These technologies are empowering IoT to reach its long-predicted tipping point.

Kranz will also be joining the panel ‘Moving beyond connectivity to insight’ within the free-to-attend conference track; Developing for the IoT on the 18 April at 4:40pm, which will explore trustworthy connectivity in the IoT in a world with heterogenous networks and potential restrictions of embedded devices, advances in wireless connectivity, the challenges that can potentially disrupt connectivity and what connectivity-based solutions are currently available and what they can achieve. You can view the full agenda and register via the website.