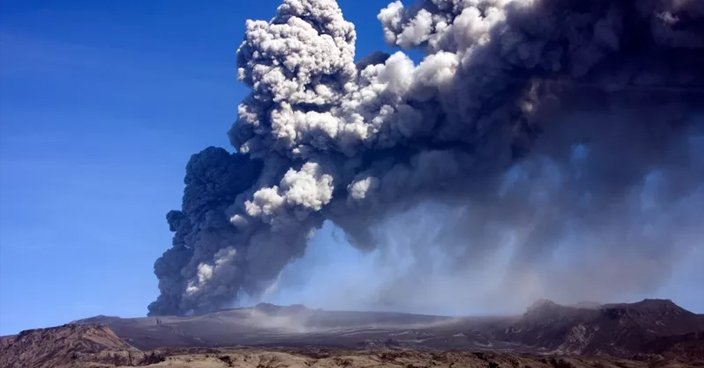 Remember the volcanic eruptions of Eyjafjallajökull, back in 2010? Those whose flights were cancelled in the chaos probably retain a mild annoyance. Those in the industry caught in the crossfire, on the other hand, may well break out in a cold sweat to this day just thinking about it.

Why? The industry simply wasn’t ready for the disruption. The resultant six-day travel ban from Eyjafjallajökull’s emissions led to the following: more than 95,000 cancelled flights; approximately 10 million passengers caught up; and an estimated total loss for the airline industry of $1.7 billion (£1.1bn).

Today, there are now global networks of sensors on volcanoes, linked with satellites, producing relevant alerts to help organisations make the right decisions. The data generated by this, through seismic sensors, remote imaging, atmospheric modelling and more, goes into the terabits each day. As more processes become automated, through artificial intelligence (AI) and machine learning, more can get done.

Yet this may just be the beginning. Steve Chien (right), head of the artificial intelligence group at NASA’s Jet Propulsion Lab (JPL), argues that while AI has been used to detect and track natural hazards for many years, the increase in sensor data has been more of a recent phenomenon.

“The explosion in available sensor data is revolutionising how science and applied science can be performed,” he says. “In the past, there was a lot of time to figure out how to best use the data, to interpret the data, often with a human in the loop. Now with the flood of data available, the challenge is to accurately leverage the immense amounts of data.

“As a consequence, automation must be everywhere – automated workflows to start, machine learning in some cases, and active sensing to close the loop.”

This leads to a wider discussion around AI hype. ‘AI hype has peaked – so what’s next?’ asked TechCrunch in September. Another article proclaims the AI hype train ‘is already off the rails.’ Gartner’s most recent Hype Cycle makes for interesting reading: while deep learning and machine learning are atop the peak hype sector, artificial general intelligence has more than 10 years left in its journey…

Steve Chien, Head of Artificial Intelligence Group at Jet Propulsion Lab, NASA will be speaking at the IoT Tech Expo North America 2017 on November 29 within the IoT Innovations & Technologies conference stream. His session ‘Using Artificial Intelligence and the IoT to track Volcanic Activity, Flooding, and Wildfires‘ will discuss the synthesis of hardware and software which has enabled the integration of scores of assets with AI, Machine Learning, data interpretation, automated scheduling software and the Internet. It will also explore international collaborations for both humanitarian (mitigation of natural hazards and monitoring of UNESCO sites) as well as scientific purposes.