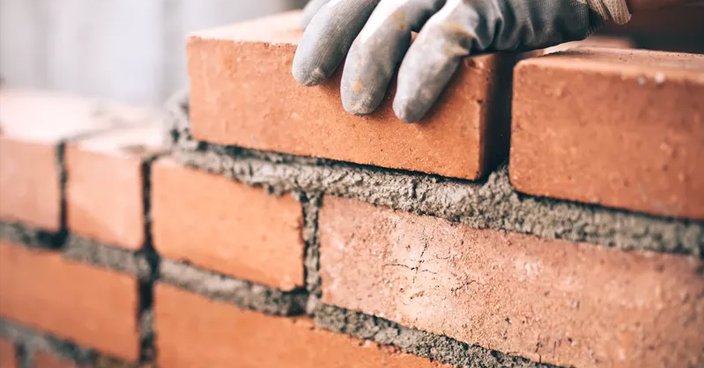 In my previous blog, I outlined the major components of the Internet of Things (IoT), giving the current state of IoT technology a grade of B-minus. Why the minus? Today, I’ll dive deeper into two major issues slowing IoT adoption: complexity and security.

There is no such thing as the “IoT market.” The typical vertical markets associated with industrial IoT applications range from manufacturing, transportation, oil and gas, and mining to agriculture, retail, insurance, healthcare, education, and smart cities. Each of these huge markets has many submarkets, and even within each submarket there are many overlapping, often long-standing ecosystems. Car manufacturers in Europe, for example, work within a completely different supply chain from those in the United States; each has its own vocabulary, technologies, and challenges. Adding to that complexity is the fact that, with few exceptions, IoT deployments are in “brownfield” environments, where innovations have to coexist with a plethora of incompatible legacy technologies.

Then factor in access technologies. The wide range of IoT use cases drives an equally wide range of technologies that vary according to bandwidth, reach, power, and cost. Connected vending machines may need to send a few packets whenever a brand of soda needs to be restocked. On the other extreme, the sensors deployed around an oil rig may generate terabytes of data each day. These sensors are connected within the rig using a combination of Ethernet and wireless technologies. In some cases, the data can be sent back to the central data repository using a fiber cable; but when this isn’t possible for remote sites, the data is processed locally in real-time, and just the exceptions or alerts are sent back via satellite. In other cases, you might piggyback on a municipal Wi-Fi system, or use Low Power Wide Area Network (LPWAN) technologies to connect battery-powered devices. Payment apps such as Apple Pay use near-field communications (NFC), which (thankfully) won’t work more than a few inches away. Indeed, these special needs demand specialized technology—but the result is a complex tangle of often incompatible and disparate access methods.

The IoT industry has tried to bring order to all of this with horizontal and vertical standards bodies and consortia—IEEE, IETF, ODVA, ISA, IIC, OCF, and OPC, to name a few (and to get lost in alphabet soup!). Ironically, there are so many industry organizations that it’s hard to bring them all together into a cohesive set of standards that ensure interoperability across an entire IoT deployment. The various sensors in a single production facility may run on different semi-proprietary standards that limit the free flow of information. Limited access to IoT data limits the value of your IoT deployment. For example, IoT applications such as preventive maintenance can work only if they can gather, process, and analyze all the data generated by heat, pressure, and vibration sensors on a piece of heavy equipment. Standardization and interoperability are the gateway to IoT value.

Companies considering IoT deployments also have to navigate rapidly changing organizational structures. For most of the 20th century, vertically integrated vendors strived to deliver end-to-end solutions. Today, markets move too fast for any one company to develop or deliver a single, complete solution on its own. The 21st century model is the emergence of symbiotic ecosystems of partners who complement each other in developing IoT solutions together. You might picture a big square dance, where partners come together for a time, then move off to dance with someone else. For many companies, this is unknown territory, but the sooner you embrace this model, the sooner you’ll be able to benefit from the IoT economy.

Worries about security may cause decision-makers to hesitate before investing in an IoT deployment—and last year’s IoT distributed denial of service (DDoS) attacks didn’t helped matters. IoT security is in many ways unique: It is more distributed, more heterogeneous, and more dynamic than traditional IT security environments. It also introduces new scenarios that require brand new approaches to security (think connected cars, sensor swarms and consumer-class devices in the workplace).

Back in the day when industrial enterprises ran self-contained, proprietary systems, “security by obscurity” was standard practice—if you’re not connected to anything, no one can break in. That approach no longer works in today’s connected IoT environment (if it ever did), so businesses must rely on a policy-based architectural approach that builds security into every aspect of a deployment—not just defending the perimeter.

After years of under-investment, the security industry is finally addressing the special requirements of IoT in a way that is reminiscent of how it responded to the challenges of Wi-Fi 15 years ago—accelerating work in standards, interoperability and certifications.

On the Other Hand, Adoption Accelerators Can Help Realize IoT Value

While complexity and security remain obstacles to widespread IoT implementation, here are two technology trends that promise to accelerate adoption and multiply the value of IoT solutions:

Analytics: When we put sensors on things and then connect them, we begin collecting vast amounts of data in motion about those things. Analytics sifts through that data real-time or near-real-time to find what is important and delivers insights and recommended actions for business impact. Two of the four fast paths to IoT payback I’ve identified—predictive analytics and preventive maintenance—depend on analytics to create IoT value.

Blockchain: I mentioned in my last blog that the ability to have a trusted means of transferring and tracking value online is enabling a whole new class of IoT capabilities, such as authenticating interactions among autonomous vehicles or managing and reporting mining site data. The “Internet of value” created by IoT plus blockchain will transform online processes. The industry is moving swiftly to capitalize on these capabilities starting with the formation of consortia to ensure interoperability.

So while obstacles remain, I am optimistic about the trajectory of IoT. An active community of IoT innovators is working tirelessly to reduce complexity and improve security. They know that IoT value depends on it.

Do you want to get involved?

Learn and contribute more by joining lively discussions from industry thought leaders in the new Building the Internet of Things community. More IoT insights can also be found on my web site.