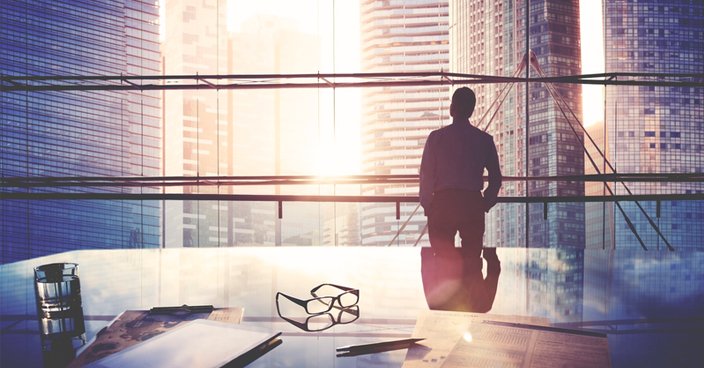 CIOs who say they are ‘very fulfilled’ in their roles is at a three year high, while more than half of organisations are investing in more nimble technology platforms.

These are among the key highlights of the annual CIO Survey from KPMG and Harvey Nash. The study, which analysed responses from almost 4,500 CIOs across 86 countries, found that in a large amount of cases, the CIO’s role remains important.

For more than seven in 10 respondents, the CIO role is becoming more strategic – the first time in a decade this has been the case – while the vast majority (92%) say they have been involved in board discussions over the past 12 months.

More than three in five (61%) of those polled in larger organisations say they are already investing, or plan to invest, in digital labour, although only one in five (18%) say their digital strategies are ‘very effective’.

The figures show a sense that the tide may be turning amidst choppy waters. As Dr Jonathan Mitchell, non-executive chair of the Global CIO Practice at Harvey Nash puts it in the report’s introduction, CIOs are ‘no strangers to rapidly changing environments and perhaps the odd crisis or two’.

“Layered on top of astonishing advances in technology is a political and economic landscape that is dynamic and changing fast, sometimes in surprising ways,” said Albert Ellis, CEO of the Harvey Nash Group. “However, what is very clear is that many technology executives are turning this uncertainty into opportunity, driving their organisation to become more nimble and digital.

“CIOs are becoming increasingly influential as CEOs, and boards turn to them for help in navigating through the complexity, and the threat and opportunity, which a digital world presents,” Ellis added.

So what does this digital world look like? Maribel Lopez, founder of Lopez Research, wrote of her experiences around enterprise transformation at the ET6 Transformation Exchange last month. “The best technology strategies will leverage a combination of mobile, cloud, big data and analytics to deliver new insight and new experiences,” Lopez wrote.

“A company simply can’t run a competitive business if it doesn’t support mobile. It can’t scale and shift models easily without cloud computing. And a business can only be competitive if it embraces new ways of collecting and analysing data to deliver new actionable insights.

“To thrive in the new digital era, we’ll all need to push beyond our existing boundaries.”

IT projects continue to be more complex for organisations, the report notes, with primary reasons given for failing initiatives including weak ownership, unclear objectives, and an overly optimistic approach. 61% say IT projects are more complex than they were five years ago. The fastest growing demand for a technology skill was enterprise architecture, while big data and analytics remains the most in-demand skill.