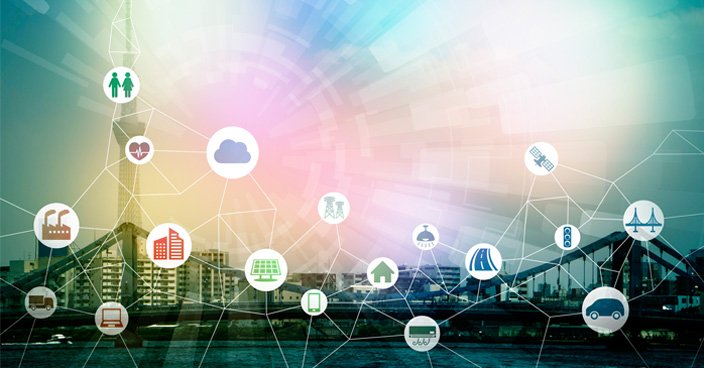 As the IoT Tech Expo North America fast approaches, we have a look at each of the key verticals covered by the event to see how their relationship with the Internet of Things is developing:

Automotive: The automotive industry’s IoT advancement has long been embedded in the public consciousness, partly because so many people use car, bus and train travel on a daily basis. We list some of the key players here, but it’s worth reiterating that a) there’s much more to the IoT in automotive than just autonomous vehicles, and b) most of the major manufacturers are building it into their plans, so ADAS – at the very least – is on the way. Here’s to looking forward to your commute!

Energy: We dive a bit deeper into the energy industry’s future in this piece but to surmise, energy is an industry built on efficiency: Efficiency of business practice, and based around a product that’s only effective if it’s efficient. From the grid through the supply chain and into the home, energy can’t just embrace the IoT – it needs it to thrive, and in many areas it’s already out of the blocks.

Government: A government’s win here is two-fold. There’s the IoT-enabling of its own organisation which will probably mean NFC/beacon installation for workflow streamlining, and then there’s the IoT enabling of the town/cities/areas it controls. From city-level logistics planning to secure remote working, plus funding to improve location services and digital health audits, governments globally are putting time and energy into their plans for the Internet of Things.

Healthcare: We cover some of the IoT developments in healthcare here, but it’s worth noting that healthcare is one of the areas that would most improve from a bit of joined up thinking. In countries such as the US where an advanced private healthcare market exists already, the system would benefit hugely from interconnected devices, from a care pathway and administrative perspective, and a staff workload point of view as well. Even countries like the UK and France which still have largely state-run health services would get a boost too, as the many different departments that end up collaborating often result in the creation of multiple patient records and consequently confusing user journeys, costly administrative errors and erosion of public trust.

Insurance: Building on the idea that the IoT would mean a more accurate assessment of car insurance premiums, and in turn incentivise drivers to be more careful on the roads, could this mindset play out across the whole insurance industry? The option of constant, contextualised contact is certainly an appealing one to insurers, especially if GPS or NFC plays a part. We might see more insurers offering discount bundles to loyal members if they choose to use (insurer- or partner-owned) apps which give them more accurate health or location data. As housing and personal belongings become more high tech, contents insurance will increase before plateauing out, and driverless car insurance, well… who’s driving? You or the car? Analytics will probably play a huge part in liability assessment.

Logistics: Supply chain overhaul, infrastructure-vehicle communication, the logistics industry will ramp up its productivity once it becomes IoT ready. The safety and efficiency benefits have already been discussed, but once smart cities proliferate, the logistics industry will be a voracious user of traffic data, as well as environmental and weather information, and also the latest in location services advancements.

Manufacturing: We could see workplace accidents approach zero, as well as production increase and logistics partners increase profit. The IoT will grow the economy through a more efficient use of machinery, personnel and time. In some cases, logistics will be circumvented altogether because of 3D printing, so to combat this some logistics companies will move into the manufacturing space, offering their own 3D printing service.

Oil: Already well versed in the use of drones, AI and other tech, the oil industry will continue to make good use of the predictive maintenance aspects of IoT, to further increase yield and efficiency both on and offshore. Costly exploration will be made more efficient and one of the more complicated vertical supply chains will be both more accurate and simplified.

Despite splitting this piece into different verticals, the overlap is abundantly clear and in many ways critical to the IoT pushing forward in its research. It’s also crucial in its drive to win over the public and spread the word that the future is just round the corner. True connectivity is coming!