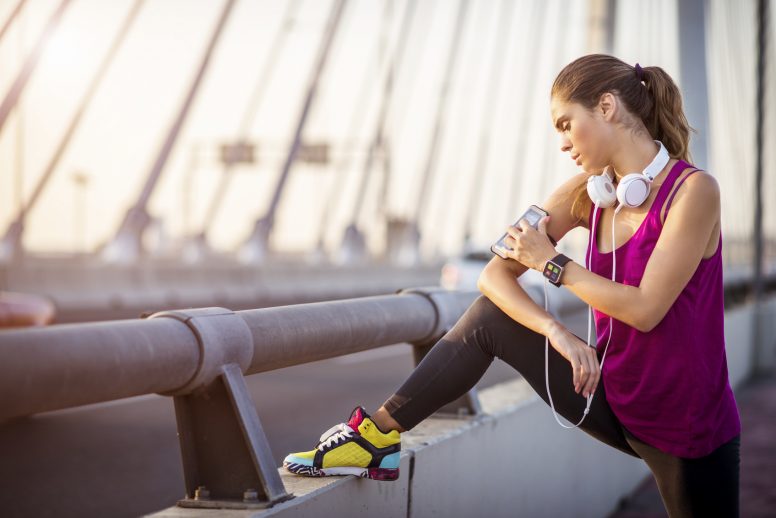 In attempting to predict the future of wearables it’s all too easy to misstep, either by making outlandish claims that never materialise or by backing the wrong horse entirely, watching while leaner competitors race away into the distance. All I can say is these predictions are based on logical extrapolation of current technology trends, industry activity and only a modicum of crystal ball work.

To understand the future we look to the past. For some the simple wristwatch is considered wearable technology – although for our purposes it’s not. If you said hearing aids fell under the umbrella of wearables, I think we’d be getting somewhere. Not simply because they improve your ability to hear, but because they interact with their environment, namely the induction loops installed in churches, performance venues and places of study. Likewise, while the wristwatch itself isn’t a very exciting example of wearable tech, the Seiko Kinetic was a game-changer for the industry in that it used your own movement for power, much like how prototypical ‘smart shoes’ can use haptics to generate data – and even power – for other wearables as you move.

It makes sense that wearables are currently focused around personal fitness and high-level health issues, such is the relationship between consumer electronics and the healthcare and fitness industries, but you only have to look at the increasing prevalence of Big Data in the wearables equation to see how wearables will soon dovetail with devices in the smart home and at a city-wide level, as data is gathered about individual routine and population behaviour.

If the Apple Watch got people talking, that buzz didn’t translate into the astronomical sales figures the Cupertino company was hoping for. This was probably because of an inflated price tag and a lack of consumer buy-in to the idea of wearable as necessity. I can read the time on my phone, after all. Until we get to the point where benefits are clearly articulated, critical even,  and entry to the market isn’t too costly then wearables will still not cut through to the degree required for widespread adoption.

But, at least the Apple Watch fared better than Google Glass. If you could even consider Glass a competitor – nobody’s even sure whether it properly launched or not. And that was the first of its two main problems: Marketing. There was no definitive launch date. It was never advertised properly. This put it, in the mind of the consumer, out of her league, a plaything for tech billionaires and the privileged few. The second reason for failure was its appearance, and this is hopefully a lesson that most companies developing wearables, be they fashion- or tech-first, will take on board: You have to WEAR wearables, some of them all the time. So, while Google probably wanted a design that said ‘Hey! I’m wearing Google Glass!’, consumers wanted a design that said ‘Hey! I’m wearing a nice looking pair of glasses, possibly made by a tech company.’

With any luck the next generation of wearables will concentrate on form as much as function. Sure, the tech must be solid and provide measurable user benefit, but the design has to be a natural step for consumer adoption. This is why I think we will see as much success in fashion brands partnering with tech companies as we will with tech companies going it alone.

What kind of products will we see?

Google Glass 2.0: Google has already patented a smart contact lens that detects glucose levels in your blood, so it’s not a big leap to see added functionality to that idea such as:

IoT-integrated jewellery: Now we enter James Bond territory. Would someone who wears a necklace already be more likely to swap it for a smart necklace than someone who doesn’t wear jewellery, or would the added benefit of GPS functionality, health monitoring and assisted living convince someone to start wearing earrings? Either way – it’s a huge opportunity for the fashion and technology industries.

With a new era of wearable technology will come the expected scrutiny around not only privacy issues, regulation, permissions (remember the cookie law of 2012?) but also ad creep too. Ultimately though, we could be looking at a more stress-free, more comfortable future – perhaps even the demise of the smartphone as we currently know it. Why use your hands when your rings, contact lenses and clothes can do it for you?