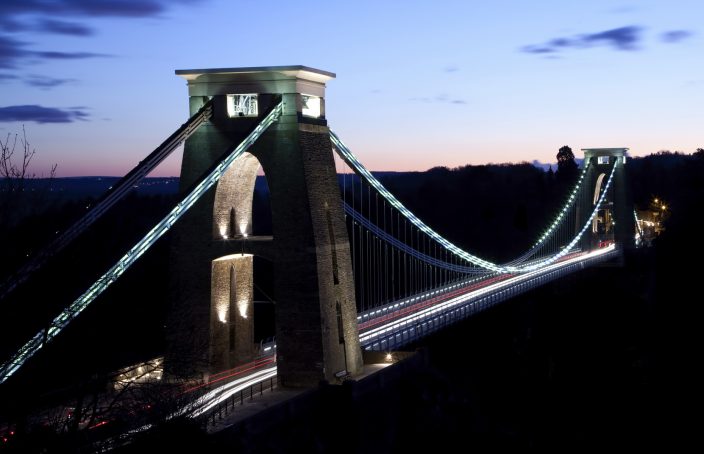 If you languish on social media long enough, you might well come across a feature from one of the major news outlets or high street magazines about why Bristol is the best place to live in the UK, what with its independent spirit, laidback attitude, more-reasonable-than-London house prices and high ranking on the happiness index. This sunny disposition and languid take on life belies, or perhaps explains, Bristol’s status as a cutting-edge technology centre and hub for scientific research, A.I. development and data analysis. All of these are elements that play their part in the advancement of the IoT.

You could trace this pioneering independence all the way back to Victorian times and the work of inventor and engineer Isambard Kingdom Brunel, through the travails of chemist Humphry Davy to Rolls Royce’s aeronautics and, latterly, Aardman Animations. Bristol has a distinguished lineage of thinking big and, to paraphrase Apple, thinking different.

But still: what else makes Bristol stand out in terms of innovation? Does a lack of governmental interference provide room for experimentation or is it the opposite – is Bristol blessed with a local authority that ‘gets it’, having given developers their buy-in, their endeavours already rubber-stamped? And how do the prestigious universities fit into all of this?

“There’s certainly a joined up collaborative feel [to working in Bristol]” says Jamie Middleton, editor of technology site TechSpark, which covers projects and initiatives taking shape in Bristol, Bath and all over the South West. And are you surprised by Bristol’s backbone of productivity, against its perception as a place to chill out? “You do see people moving from London to Bristol, and instead of relaxing, you’ll see them quickly adapt to the collaborative atmosphere.” And on the issue of council involvement it’s definitely supportive of the open, adventurous ethos rather than a case of renegade developers working behind closed doors. “If you have more than one person on the council that ‘gets it’, it makes a big difference,”, says Middleton. This is something echoed by Vassilis Seferidis, CEO of Zeetta Networks, a start-up based in the city’s Engine Shed complex that develops open networking solutions for city-wide connectivity of devices and vehicles. Seferidis is enthused about the atmosphere at the Engine Shed. “There’s the proximity to like-minded people – you’re also surrounded by mentors, investors, council people. We’re a spin-out from University of Bristol, so we have that connection as well.”

Monika Radclyffe is centre director for SETsquared, a business incubator for tech start-ups, and is also keen to emphasise the importance of Bristol’s joined-up nature.

“We support a number of academic spin-outs at and very often members of the team stay employed by the university rather than leaving their jobs, as retaining the link between business and the university is hugely valuable. The academics can then continue working on research and advancement of knowledge, while at the same time applying it in a real life scenario in their business.”

So the council gets it, universities are behind it, but what is IT? And how does IT fit with the IoT? A good place to start is the Pervasive Media Studio, a kind of future tech sandbox studio that shares a building with the Watershed, Bristol’s biggest independent cinema and events space. In 2013, Pervasive Media Studio started a project called Playable City, an annual competition (of sorts) to realise ideas that use urban space playfully, interactively, even subversively, but certainly not as the forgotten utilitarian thoroughfares we ignore in the day to day. Hello Lamppost, 2013’s winner, took everyday objects such as parking meters and (of course) lampposts and gave them the ability to communicate via SMS – a kind of consciousness, perhaps even an intelligence. This could be viewed as a proto-IoT.

2014 and 2015’s winners, Shadowing and Urbanimals respectively, while not directly related to the IoT certainly built on the idea of the interactive, playable environment the eponymous project drives at.

As one of the slowest cities in the UK with an average speed of just 14.3pmh, Bristol is a city that needs transport assistance, so when it was announced that Venturer Cars would be test driving driverless cars, first at the University of the West of England campus this year, and then around Bristol on public roads in 2017 and 2018, more than a few heads were turned.

The recent BBC4 documentary ‘The Joy of Data’ focused much of its runtime on Bristol, particularly the Bristol is Open project which has coupled high-speed broadband with an open data policy allowing anyone to publicly query the city’s data, turning Bristol into a genuinely smart city. The more aggregate data is built up around civic behaviour and public services means we can move beyond the IoT calling card of predictive maintenance and set Bristol on its way to becoming not just playable but programmable, and crucially, more efficient.

As Monika Radclyffe simply puts it: “The more knowledge, trust and social capital you build, the more likely you are to advance innovation.”